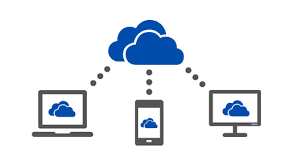 If you would like to use TurboBid Estimating Software on multiple computers that are not on a local area network (LAN), we recommend using Microsoft’s OneDrive. OneDrive will automatically synchronize TurboBid’s database between all of your computers.

The only restriction is that only one computer can make changes to the database at any given time. By using OneDrive, each of your computer’s will have a database installed on it’s hard drive, as well as an identical copy of the database stored in the cloud.

If you don’t already have OneDrive on your computer, you can download Microsoft OneDrive.

To use a OneDrive database in TurboBid, you first have to upload the database to OneDrive:

For information on topics such as how to upload documents to OneDrive, how to download your OneDrive documents to your computer, etc.

Was this article helpful?

Thank you for your feedback

Sorry! We couldn't be helpful

Thank you for your feedback

We appreciate your effort and will try to fix the article

Articles in this folder -